Prodigy is by Marie Lu is the second book in the legend series and is about two characters, Daniel (He is called Day in the book) and June. Day is a legend and June was the republics prodigy until she helped Day escape death. Day cares a lot about his family and June cared a lot about the republic (the U.S. was split up into two countries, the Republic of America and the Colonies of America) until she found out that the republic killed her brother and framed Day for it.This book starts in Los Angeles and travels all along the west. It goes to Las Vegas, Denver the Colonies Around Colorado and San Francisco.

June and Day’s main problem is the elector who kind of hates them for being able to escape the firing squad and helping the most wanted criminal escape the firing squad. Day hates the republic because several times he mentions he hates this soldier who shot his mom. And then talks about how much he wishes he was in the colonies. While his other brothers are separated one pretended to be Day and faced the firing squad for Day’s life. And his other brother has the plague and is being used as a weapon against the colonies.

I loved this book because I couldn’t put it down and I had to keep asking my mom if I could read another chapter. I would recommend this book to people that like dystopian books. And 5th-8th graders because younger that 5th graders wouldn’t understand the plot. The main characters in Legend are June Iparis and Daniel Altan Wing (Day). Day is the most wanted criminal in the republic. The republic doesn’t know what he looks like or what his fingerprint is. That’s what makes him the most wanted criminal. He has done a lot of bad things against the colonies. Day is part of a poor family that lives in a slum sector. Day is really protective of his family which includes his Mom, his older brother John, and his younger brother Eden.

As for June. She is the most treasured person (a prodigy) because she got a trial score of 1500. The trial is a test that you must take when you are 10 years old. In the trial you can score a 0-1500. June was the only person to get a 1500. Getting a 1500 is rare. June is trying to hunt Day down because Day killed her brother Metias.

I would recommend this book to people who like to be on their toes because there are a lot of close calls between June and Day. I would rate this book 5 out of 5 stars because what I just said before. Look at Beckett’s review for different information.

The main character of this book is Victor Cruz. Victor Cruz is a football player. Victor Cruz was a fighter. He’d never give up. It took him 5 tries to get his SAT’s high enough to get into UMass. The book also gives a lot of messages like don’t give up, keep trying. This book is also cool because you would think that it would be easy getting into the NFL yet it’s hard look at Victor Cruz. One of the NFL’s top wide receivers.

I enjoyed the book because Victor Cruz is a person who I like as a football player and I like to see how he came about. Victor Cruz’s main problem was that he couldn’t go to college because his SAT scores weren’t high enough. His other problem was that he wasn’t getting enough playing time when he was accepted. Therefore no scouts would be able to find him and like how he’s doing and he’ll end up undrafted. If there was one more chapter in the book I would talk about his next “cut day” and how for once he can feel confident that he’s going to make the team. You can also look at a player a different way. The most exciting quote in the book is when Victor’s wife says, “Vic, I’m pregnant.” It really changed how I look at Victor Cruz. Now I can look at him like a father. I never thought he was a father. And now I know he is.

I think this is a good autobiography/biography to start with if you’re a sports fan that isn’t interested in biographies because that was me when I started to read this book. If I didn’t like biographies when I started the book why did I start to read this book? Well, I saw Marlowe reading Out of the Blue and it looked good but I didn’t know that it was a biography and I ordered it online. Don’t you like how things work out like that sometimes?

I would give this book 5 out of 5 stars because it is written well and you don’t want to put it down because you get dragged into the book and it’s really interesting.  (Fun fact I sat at the couch reading this book over playing video games).

Spy School is about a boy named Benjamin Ripley. He is a normal kid, he likes to play sports etc. until… One day a agent in the CIA comes to his house and asks him to apply to a ‘science school’ which is really a secret CIA training camp. He is so excited and he says yes but there is one problem. He can’t tell his parents that it’s a secret CIA training facility. His parents are psyched that he got into a new school but they want to check it out. Ben has a tough time saying no to his parents. Because in the book it says “It was a hard choice to leave my parents but I wanted to be in the CIA so I said yes.”

He went to the school and as soon as he got there there was an attack by the enemy. He went into the nearest building and found a girl crouching there. Ben asked her what she was doing there and she said that she was one of the students at the school. Then the girl gave Ben a Taser. Then they snuck out of the building and went to the building where the principals office was. I don’t want to tell more about this because there will be spoilers.

The Magic Trap by Jaquline Davies is the 4th book in the Lemonade War series. The Main characters in this book are Evan and Jessie Treski. Jessie is really smart and skipped third grade. Evan is mad at her because he doesn’t  want his sister to be in his class (My guess is that if you have a sibling you wouldn’t want them in your class). I totally agree with you. Evan is a really sporty kid because he plays basketball a lot (Which is why I would recommend this book to Marlowe and all the other basketball fans). This book is in a modern time and it’s mostly in Evan and Jessie’s house. I think that it gives it a certain thing that makes an impact. (If you read it you’ll understand more).

Evan has been learning magic in his free time. One day Evan’s dad comes home and because his parents are divorced he’s mad at his dad for putting work in front of him and Jessie but he’s happy that he’s home. His mom has to go on a trip for work so his dad has to take care of him and Jessie. Evan’s dad suggests that Evan should put on a magic show and Jessie’s all over the idea and she asks if she can be the assistant. Evan isn’t sure. What will his dad do to help him with the show. But it might be upsetting to his mom.

How will this book turn out? You’ll have to find out. I loved this book because it suits my personality because Evan is a kid who’s like me. I would recommend this book to any kid in this grade because you’ll find a way to connect to it. It’s as of now a 4 book series and I recommend reading the first book and then after that you can read any of the later books. I would give this book 5 *****’s because I could connect to it.

You should read the book!! I would give this book 100 out of 5 stars. Does he have to go to the awful summer camp or does he get straight A’s with one B? You’ll have to find out! I really like how Tommy Greenwald came to visit our class. It makes you think about the book in a whole different way. 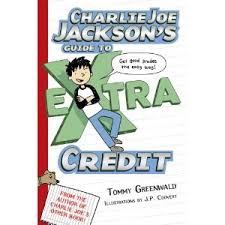 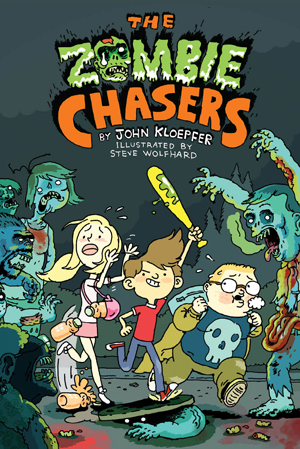 The main character of this book is Zach. One day his town gets invaded by zombies.  The zombies try to make the humans into zombies by biting the humans, his friend thinks he is the “zombie expert”.  Zach’s sister (Zoe) gets bitten by the zombies and her friend Madison (Madison is Zoe’s friend) is the only one is the house besides Zach that is not a zombie.  Zach says that the only way to get out is through the laundry chute and to the car.   So Zach and Madison think that Zach’s friend Johnston Rice (who is called Rice) is the “zombie expert” and they go to pick him up so they can ‘destroy’ the zombies.  They have figured out the case that created the zombies in the first place. Sorry, it would be a spoiler if I told you what it was.

I would rate this book 5 stars because everything about it is so good.  I would recommend this book to people who like fiction and fiction survival.

The main character of this book (if you don’t know from the title) is Charlie Joe Jackson.  He decides to make his parents happy and go to a summer camp called Camp Rituhbukkee (pronounced Camp Read-a-bookie).  In his bunk every kid has a weird habit. One kid sneezes about 20-70 times a minute.  Another kid thinks that garlic will make him live forever.  They all think he’s weird because of his ‘non reading’ ways except Jack and George.  Jack’s dad has a master plan to get Jack into Harvard and George is like the smartest kid in America.

Charlie Joe Jackson is trying to de-nerd these super smart kids to save them from a world of dorkdom.  He gets hired for the Bukkee Bugle (the camp newspaper).  He has to write an article about a book about Lech Walesa, if you don’t know who Lech Walesa was, you can look his wikapedia.

The main character of this book is Nathan (Nate) Twitchell, he lives in Freedom, NH. He has a lot of chickens/hens, and one day one of his hens lays an enormous egg.  It turns out that it’s a dinosaur egg! He hatches and grows big so they take him to Washington D.C and a senator makes a bill for the dino to go. Who will get the bill, Senator Granderson or Nate?

I enjoyed this book because it keeps you on your toes waiting for the next thing to happen.

I would recommend this book to people who like dinosaurs and who like being on their toes. At one point of the book someone asks if he can turn the dinosaur into a suitcase. I would give this book 3 stars (***) because I’m not the biggest dino-fan.