Dead End in Norvelt by Jack Gantos is about a boy named Jack who is eleven years old and lives with his Mom, Dad, horse and turkeys. He lives in Norvelt, a really small town in Pennsylvania that’s named after Eleanor Roosevelt. His Dad was in the army so he has some rifles that Jack accidentally shot himself with.

Jack’s problem is that his Dad is worried that the Russians would attack them so  he wanted to protect the town by building a bomb shelter in their backyard but too do that Jack has to cut down his Mom’s cornfield. That’s why his Mom grounds him for the summer.  He spends his summer digging a bomb shelter and helping Miss Volker. Miss Volker was given a job by Eleanor Roosevelt to be the town health helper. Every time a person dies she calls Jack to write an obituary (it’s a news article that reports the recent death of a person ) of that person. Jack then takes it to Mr. Greene, who runs the newspaper, to print in the next newspaper. Whenever he goes to Mr. Greene, Mr. Greene says, “There’s only one reason why you could be here.”.

I really enjoyed the book. It takes a while to read since each page has a lot of information so you have to re-read a lot of pages. I mostly enjoyed it because it’s really funny, for example, Bunny, who’s Jack’s friend, makes Jack touch a dead person. There are other parts I enjoyed, especially when Jack’s Dad lands a plane he won while gambling in right field and when Miss Volker does an operation on Jack. You would enjoy this book if you don’t mind people dying because a lot of people die in it. I would give this book five out of five stars since it’s so funny!

100 Things Mets Fans Should Know And do Before They Die by Matthew Silverman is all about the Mets, who are my favorite baseball team. For every two page there is a chapter about someone else, so there is not a main character. It is about the Mets heroes and how they were a big help to the Mets.

My favorite Mets player of all time, David Wright, is in there. He is their best third baseman of all time, With two Silver Sluggers and two Gold Gloves. A Silver Slugger is awarded to the best offensive player at each position. A Gold Glove is awarded to the best fielder in the NL and AL. He has been in seven all star games. The book tells you the most interesting facts about the Mets you’ll ever hear, like the Grand Slam Walk-Off, the year Tom Seaver got 25 wins and the horrible trade the Mets did to get rid of Tom Seaver. (For those of you who hate the Mets, it’s the opposite of the most interesting facts for you. It would be the worst. Except the  horrible trade I just told you about.)

I like that this book talks about the most famous plays of all time, like the grand slam single. The grand slam single was a walk off in the bottom of the ninth inning, game tied 3-3 and Robin Ventura  hit a grand slam for the walk off and got mobbed halfway to second base, so it was only a single. Later the MLB considered it as an RBI single since he never got to home  plate.

I would recommend this book to Mets fans. I would give this book 25 wins and 9 losses because that’s Tom Seaver’s record for the year he got 25 wins. 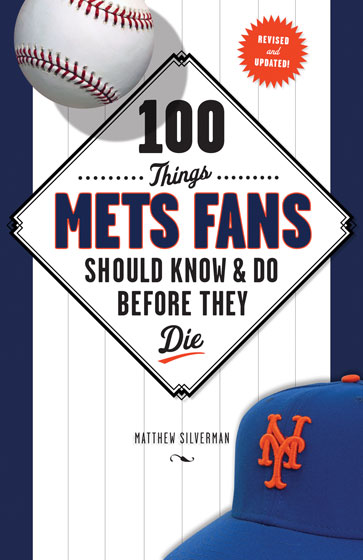 Ratburger, by David Walliams, is an amazing book that you have probably never heard of since I got the book in London. The main character is Zoe, a little girl with the meanest step mom ever. I know that she has the meanest step mom ever because she killed Zoe’s hamster. Zoe is a big animal lover. She had a pet hamster and she has a pet rat. She also is very easy to pick on and she is a very good student. The setting of the book is in London.

Zoe’s problem is that her pet rat has been taken by a fake rat catcher called Burt. Burt actually kills the rats and does something with them. Once her rat is taken it’s up to her to get the rat back. I know that since one day Zoe goes home and her mom says “Give your rat to this darling man.” He’s the meanest fake rat catcher you’ll ever hear of.

I really enjoyed this book since it’s really funny.The funniest part is when Tina, a bully, pours stuff on Zoe. I would recommend this book to people who like animals but don’t mind them being killed. I would give this book a ***** rating out of *****. 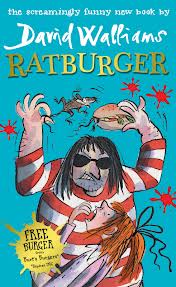 Watch The Skies Daniel X by James Patterson is the second book in the Daniel X series. The main character is Daniel, who’s an alien hunter  which is someone that fights bad aliens but Daniel is a good alien. Daniel is a little violent sometimes since he fights aliens much more powerful than him. I know that since he has something called the list of alien outlaws on Terra Firma A.K.A. Earth and he’s trying to kill all of them but now he’s battling the toughies which are the aliens with a rating higher than 10. The setting of the book is in a town called Holliswood.

Daniel is very cool since he has powers. He can create stuff including people and can teleport himself to different places. Hid dad taught him to teleport and his dad is really happy he can teleport so at one time in the book Daniel wants to go to London so his dad said “Why don’t you teleport yourself there?” His problem is to stop Number 5 on his list of alien outlaws on Terra Firma and number 1 is the strongest alien (See, I told you he’s fighting toughies!) Number 5 is able to go into any electronic device which is a problem for Daniel and he made all the women in Holliswood have baby number 5s since he sent everyone fish eggs that made them have baby number 5s

I really enjoyed the book since it has aliens in it and I think aliens are cool. I would recommend this book to people who like adventure and violence since the book is a big adventure and super violent. I would give this book a 5 star rating out of 5 stars.

Belly Up by Stuart Gibbs is really good. It’s about a kid whose names Teddy who lives at a zoo since his parents work there, and Henry who is a Elephant that died. The book is set in  a zoo in Texas called Funjungle. Teddy thinks that Henry died because he was murdered. Was he right? You must read the book to find out!

I would recommend this book to adventure lovers because it’s a big adventure. I would give this book a 20 out of 5 star rating. 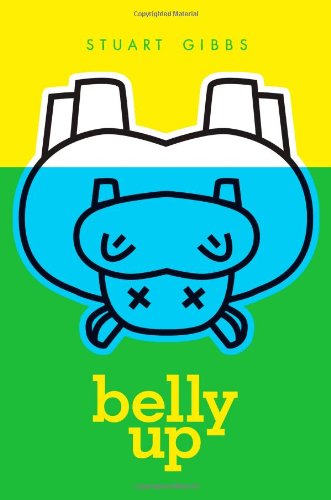 You Have to Stop This by Pseudonymous Bosch is the best book in the Secret Series. 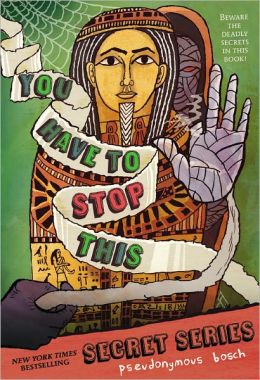 The Secret Series is 5 books and this is the fifth book. The main characters are Cass, Max-Ernest and Yoji ( Cass and Max-Ernest call him Yo-Yoji though). The book is set in Las Vegas and the Natural History Museum. One of the important events in this book, which is also my favorite part of it, is when Cass, Yoji and Max-Ernest get accused of stealing a mummy. Another big event that happens is when Cass, Yoji and Max-Ernest hide in a crate and get shipped to Las Vegas.  I would recommend this book to mystery lovers since this book is a giant mystery. I thought that this book was so good that I’d give it a 20 out of 5 stars rating!

This Book Is Not Good For You by Pseudonymous Bosch  is the third in the series of 5.I think is the worst out of the first 3 books in the secret series since it’s mostly about chocolate and not as exciting.The main characters are Cass (short for Cassandra), Max-Ernest and Yoji. Their job is to stop the Midnight Sun, an evil alchemist organization, who try to figure out the secret, which no one in the book knows.

They have ended up getting kidnapped for a day, losing Cass’s mother and they have got tricked. My favorite part of the series was in the first book, which I won’t tell you so I don’t spoil it. I would recommend this book, but not before reading the first 2, to people who like adventure books. I would give this book a 3 star rating out of 5, 5 being the best since the first 2 were much better. My favorite part of the third book has something to do with Cass’s Mother missing. You want to know the ending? Too bad, I won’t tell you. You have to read the book!